Introduction: In this article, Mary Harrell-Sesniak provides seven practical tips for searching hard-to-find ancestors in old newspapers. Mary is a genealogist, author and editor with a strong technology background.


While reading my mother’s Book of Ancestors recently I noticed she had little to say about one of our ancestors, because that person had kept himself out of the public records.

Forebears who didn’t hold public office, own property, or were married in churches or synagogues with lost or private records, are difficult to document. These elusive ancestors can also be difficult to find in historical newspapers, but sometimes they can be found in creative ways. This article gives seven search tips to help find those tricky ancestors in old newspapers. 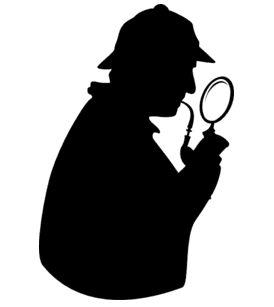 When something noteworthy occurs such as a birth or death, news is first printed locally.

If that person has ties to other areas, then other newspapers may carry the story. Newspapers may do this either on their own accord, or at the request of the original publisher. What you want to watch out for is a “please copy” notice, which can be a valuable clue that your ancestor had ties to another part of the country where you might find additional articles or records about him or her.

In the newspaper article below from New Orleans, Louisiana, we see many examples of “please copy” notices.

Because these death notices were originally published in a New Orleans newspaper, you want to search that area for more news about your ancestor. But thanks to these “please copy” notices, you are given additional locations for further searching.

Depending upon the population of a town or city, news will vary. Reasons include:

People are usually known by a variety of monikers, both formal and informal. Keep in mind that this is the rule, rather than the exception, so don’t ever limit searches to just one version of a name. Include titles, nicknames, initials, middle names without first names, and other variations. For example:

One of the most vexing issues occurs with spelling variations, which occur all too often.

An example can be noted with my husband’s birth surname of Szczesniak. Since others were prone to misspelling it, the family had it legally shortened to Sesniak. Unfortunately, that didn’t work as typos are frequent. One of the most common is to change the ending to “ck,” rather than “ak.”

Name changes can be informal. A woman I know was named Jane. It’s a fine name, but prone to various putdowns, including “plain Jane.” Rather than be labeled with this throughout her life, she elected to change the spelling to Jayne.

We see similar variations in the given name of Mary. I use the traditional spelling, but there are many variations including:

If you wish to search newspapers and databases for similar spellings, sometimes a wildcard will work.

There are two types: an asterisk “*” which searches for any number of characters in a name; or a question mark “?” which replaces just one letter. For example:

Many online collections of newspapers, such as GenealogyBank’s Historical Newspaper Archives, contain foreign-language newspapers. GenealogyBank, for example, has some newspapers in French, German, Italian and Spanish.

What do you do if you find your ancestor’s name in a foreign-language newspaper, but are not sure what the article is saying about him or her?

There are a number of free online translators available, where you can type in the text from the foreign-language newspaper and receive an English translation.

For example, what if you found this article about your ancestor Georg Clifforeye?

By plugging this text into Google Translate or Bing Translator, we uncover a startling story about the young man attempting to marry his grandmother!

Many newspapers carried social notices, such as the below example from the Dallas Morning News, reporting the comings and goings of many friends and relatives.

These social columns in newspapers provide wonderful research clues to track your ancestor’s activities as well as personal relationships.

Marriage details can extend for months, if not years. Look for engagement notices, bridal showers, banns notices, wedding descriptions, honeymoon reports and even “the happy couple has returned” articles.

Death reporting can also extend over long time periods. Right after passing, you’ll find death notices and obituaries, but some may be published long afterward. I’ve seen an obituary as long as one year after someone died. Also watch for legal notices pertaining to probate, which can occur many years after your ancestor died.

Don’t forget to think outside the box. Some reports are made in error. Even with their mistakes, they can contain valuable personal information. One of my favorite examples was addressed in my article The Lessons of Daniel Boone’s Obituary: Check and Double Check.

I hope these seven search tips will help you break through some brick walls and find those elusive ancestors who didn’t leave many records behind – but may well be found in the pages of old newspapers. Good luck with your family history research!

Introduction: Gena Philibert-Ortega is a genealogist and author of the book “From the Family Kitchen.”…
Previous Post

Easter sunrise services have been held for centuries. According to Wikipedia, the earliest recorded sunrise…