I was looking at old newspaper clippings of my Dad’s career as the head basketball coach at Stamford High School in Stamford, Connecticut. Here’s one with a photograph from 1964.

I wondered if his former players had also kept newspaper clippings or memorabilia from that time in their lives. So, I decided to research each member of the team and learn more about their lives – and, if possible, where they were now.

Looking at the first basketball player mentioned in that 1964 article, I started to research team co-captain Roosevelt Penny. I quickly found the announcement of his birth published in the newspaper in 1947.

Tragically his father, Roosevelt Penny Sr., a U.S. Navy veteran of WWII, died less than a year later in April 1948. He was only 21 years old.

Digging deeper, I was surprised to learn that basketball star Roosevelt Penny Jr. had also died young, at the age of 47.

According to this obituary he was survived by his wife Luciene (White) Penny. I found another article in the Stamford Advocate about Luciene and her sisters, Dawn (White) Martin and Gayle (White) Hillman, when they were rehearsing for a play written by Dawn that was based on Dawn’s life.

I also learned that she had died on Saturday, 25 May 2013 – just six years ago this month.

Searching online for more information I found her photograph here – published by the Howard K. Hill Funeral Home – and I realized that I had known her. 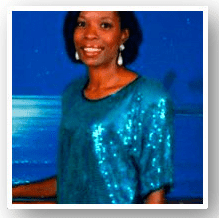 In researching members of my father’s basketball team, I was surprised to see that some of them had already passed away.

Online archives – such as GenealogyBank’s extensive Historical Newspaper Archives and document collection with over 2 billion records – can help us document the lives of our relatives and teammates, one person at a time.

Genealogy Tip: What to Ask Mom on Mother’s Day

In this article, to help celebrate Mother’s Day, Gena Philibert-Ortega provides a list of family…