Introduction: In this article, Katie Rebecca Garner gives more tips for using the information found on U.S. Census records from 1790-1840, and provides some case studies. Katie specializes in U.S. research for family history, enjoys writing and researching, and is developing curricula for teaching children genealogy.

In yesterday’s article, we explored the contents of the early census records from 1790 to 1840. We will continue this series today by learning how to use old census records and exploring some case studies that show the value of early censuses in genealogical research. 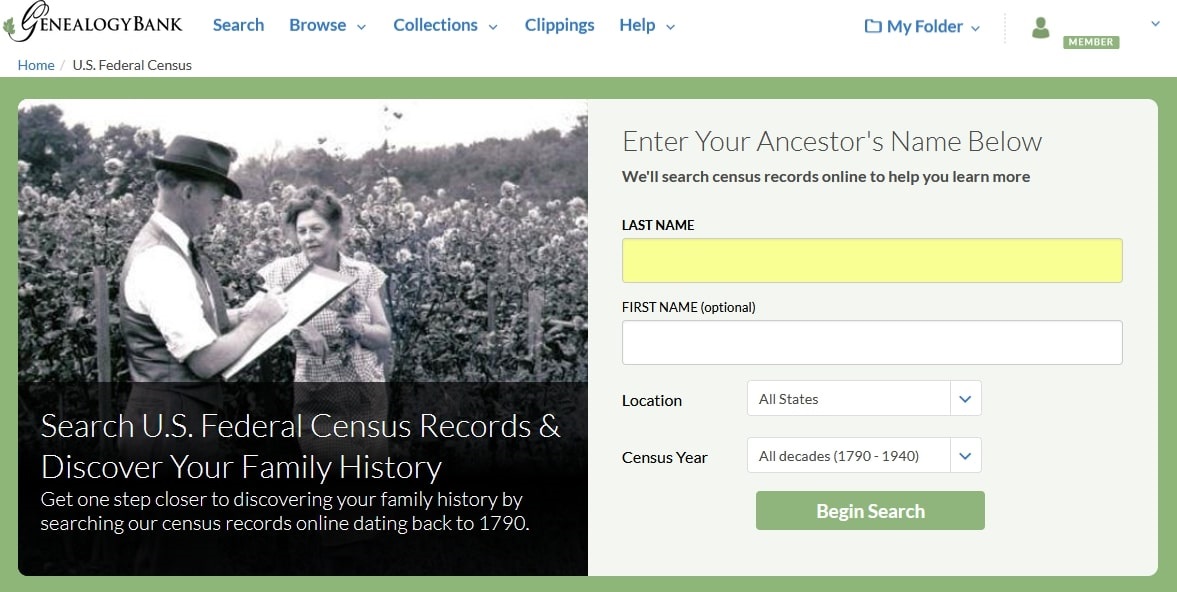 After you do your search, examine the search results list and open the image of the census for your ancestor. It may be helpful to have a notepad handy and blank census forms. For the pre-1830 censuses, there may not be headings explaining what the data is. Take notes of the ages and genders of the household members. Compare this to known information and to other census data. Do they line up enough to be the same family? If there are discrepancies, can they be explained? For example, the census could contain children yet to be identified, or nieces and nephews can be living with the ancestral family.

I was searching for Cornelius Garvey’s father and discovered two possible matches in the 1810 census living near each other in Chatham, Columbia, New York. (1) Each household contained a male under age 10, which was the expected age category for Cornelius Garvey (who was born in 1804). Both possible candidates would need to be researched further to determine which one was Cornelius’s father. Since they were neighbors with the same surname, it is possible that they were related to each other.

The 1810 through 1840 censuses show migration patterns for Joseph Chapman and his family. In 1810 (3) and 1820 (4), the Chapmans were living in Hartford, Washington, New York. In 1830, they were living in Granby, Oswego, New York (5). Of course, any migration is a clue to search for land records; the most obvious assumption is that Joseph sold land in Hartford and bought land in Granby. Knowing that New York granted bounty land in Oswego County changes this assumption to a clue for military research. The second page of the 1840 census for Joseph Chapman has no military information (6), but the second page of the 1840 census for his father, Ebenezer, shows that Ebenezer Chapman served in the Revolutionary War (7). Based on census data alone, it appears that Joseph Chapman may have moved to his father’s bounty land. Land records and probate records can confirm this.

As these three case studies have shown, census records are a great starting point for your family history research. Carefully record and document all the data you find in census records, but know that your research is just beginning. Move on to government archives, historical newspapers, family Bibles, letters and journals, and other records to confirm the information you found in the census.

In this article, Katie Rebecca Garner gives tips for using the information found on U.S.…