Introduction: In this article, Mary Harrell-Sesniak looks through old newspapers to find jokes our ancestors told about kin. Mary is a genealogist, author and editor with a strong technology background.

Judging from how many kin jokes I find in old newspapers, such as GenealogyBank’s Historical Newspaper Archives, I am quite certain my forebears were humorists in kin-dred spirit.

I mean, who else sat around and came up with jokes like these? I’ve actually got a lot more that will show up in later posts. 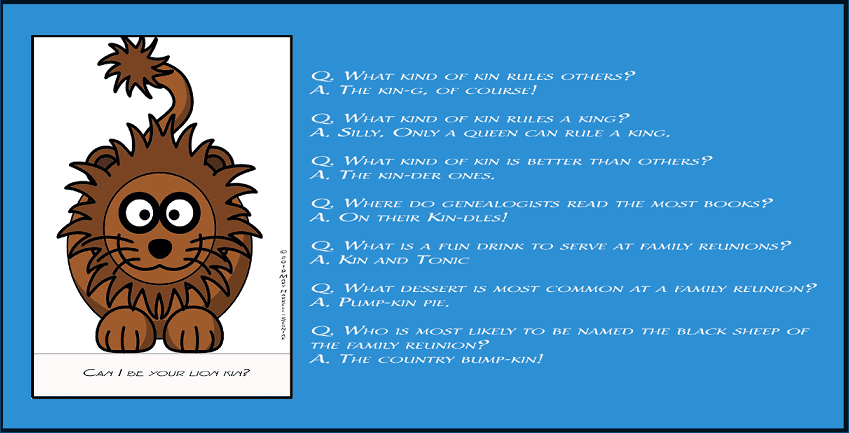 (Is the text in this graphic too small for you to read? If so, use your browser’s zoom feature to enlarge it. Or, for your convenience, I’ve reprinted these kin jokes at the end of this article.)

And not only that, if DNA-testing scientists can determine the likelihood that someone has straight or curly hair, or whether or not someone prefers chocolate over vanilla, it’s only a matter of time before they prove that family historians really did inherit a genealogy gene! 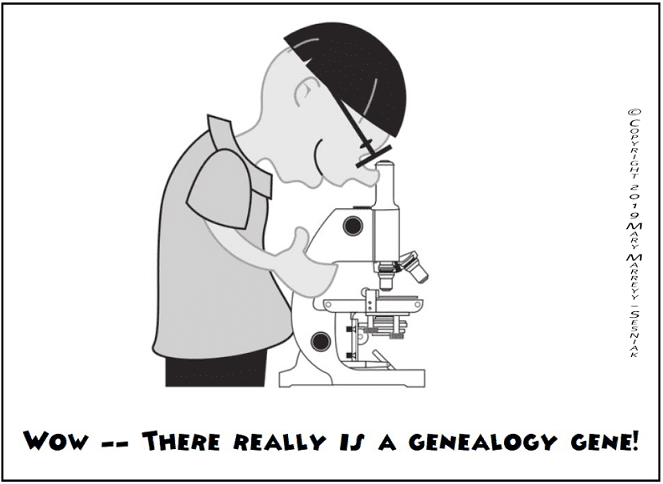 So, in that “spirit” I present a few kin jokes to brighten your day.

From 1888, I found these two jokes which appeared over and over in later years.

Sometimes I found one-liners in the old newspapers:

While researching kin jokes, I came across a query that inspired this blog article. It came from a cute question in 1909 to society columnist Miss Libbey of the San Francisco Chronicle.

On that note, I’m as confused as Miss Libbey is about the game of wink, but it certainly teases the imagination, doesn’t it!

Unfortunately, the query was only signed by initials, but that is a reminder for all family historians with kin in California or nearby to check if they had an unmarried ancestor with the initials M. A. W. who might have submitted it!

Kin Jokes from the Graphic Above

Genealogy 101: A Brief Introduction to Catholic Church Records for Genealogy

In this article, Gena Philibert-Ortega writes about what Catholic Church records might exist, and where…
Previous Post

8 thoughts on “Kin Jokes for Genealogists”